When I started my teaching career fresh out of college in 1982, I was 23 and totally ignorant of the challenges I would be facing for the next 30 years.  What first-year teacher isn’t?  And thank the good Lord we can’t see into the future.  If I had I might have run screaming the other way!  Not to say that my career wasn’t extremely rewarding, but some of the situations I faced were downright scary!

School mornings meant signing in at the office and making the trek from there down the main hall, turning left, walking a few yards, and then turning down the hall to the science wing where my first classroom was.  Students typically gathered in the hallways before school started instead of staying in the downstairs lobby as they would do in later years.  That gathering became a gauntlet for me as the days went by.

A group of high school boys began to make comments as I rounded the corner each morning.  Even though my back was turned I could hear their whistles and inappropriate comments about my backside, but as a novice I really didn’t know how to go about confronting them without making it worse, so I hoped it would just go away.  I was also reluctant to report them in case I was labeled as a troublemaker by the administrators.  Plus, it was embarrassing and would have been more so if I had tried to discuss the situation with my male principal and mentor teacher. So I endured.

As time went on, the boys became bolder and more intimidating.  I began to arrive earlier or stay in the teachers’ lounge until after the bell to avoid them.  And then one day it just stopped.  I must have mentioned it to one of the ladies who must have told my mentor who put a stop to the harassment.  At the time I didn’t even realize it was harassment or I would have certainly reported it!

The best part was that I didn’t have to hear the comments any more.  However, the stares continued, as if it wasn’t tough enough just to be a young teacher trying to learn how to manage a classroom, design good lessons, and become part of a professional staff.  There are benefits to growing older and more experienced! 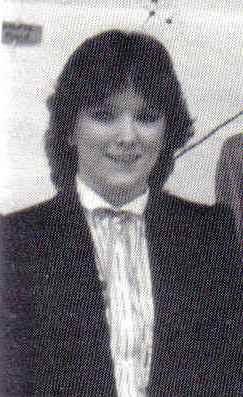