Skip to the content
Miranda Lambert, Blake Shelton, Jason Aldean, Little Big Town,  Dierks Bentley, Brad Paisley, Trace Adkins, Reba McEntire.
All big names in today’s country music.
Then there are Dwight Yoakum, Garth Brooks, Alan Jackson, Shania Twain, Clint Black, and many others.
But these are not really country music artists to a certain generation.  According to my father’s generation, REAL country music includes names like Johnny Cash, Merle Haggard, Loretta Lynn, Dolly Parton, George Jones, Tammy Wynette, Buck Owens, Roy Clark, Bill Anderson, and many others.  This is the music I grew up on, what my parents call REAL country music. 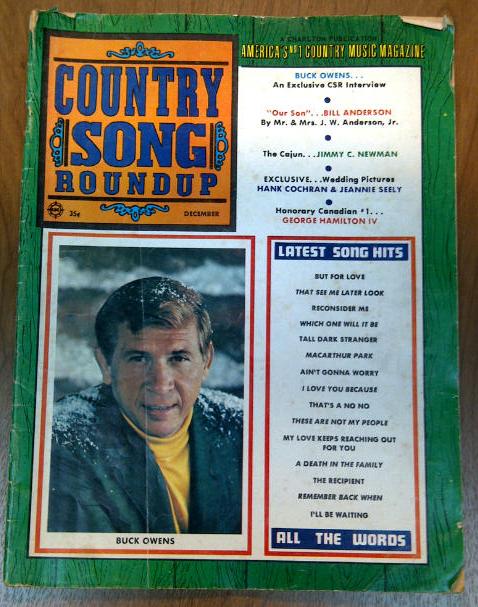 Daddy came across this old magazine the other day called Country Song Roundup dated December 1969.  Check it out. . . 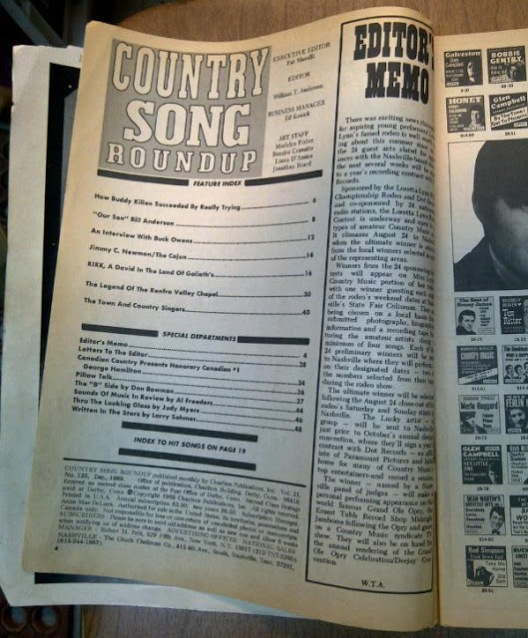 I love the way the pages have aged, and the difference in the fonts.  No glossiness here! 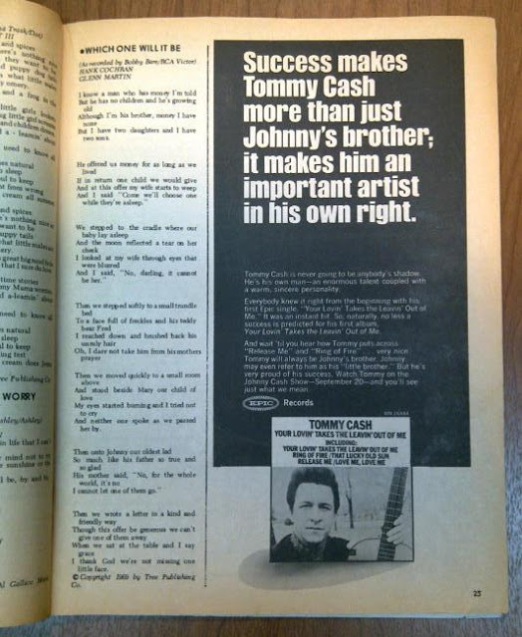 Remember Tommy Cash?  He appeared on the Johnny Cash Show back in the early 70’s.  I had forgotten about him!  (no offense, Tommy!) 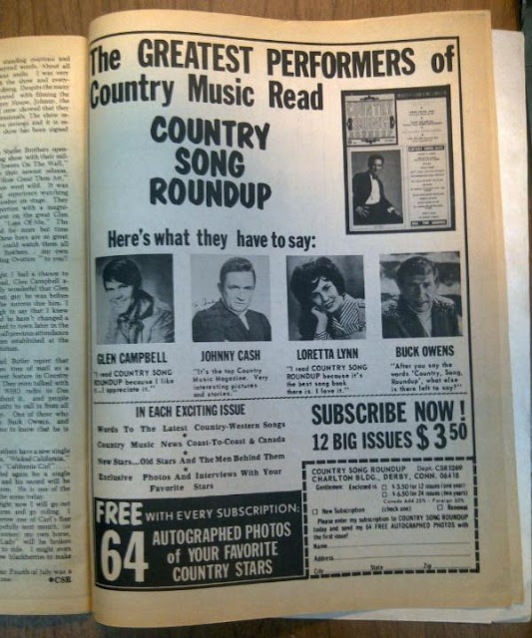 Can you imagine subscribing to a magazine for $3.50?  Still hard to come by for many in those days. 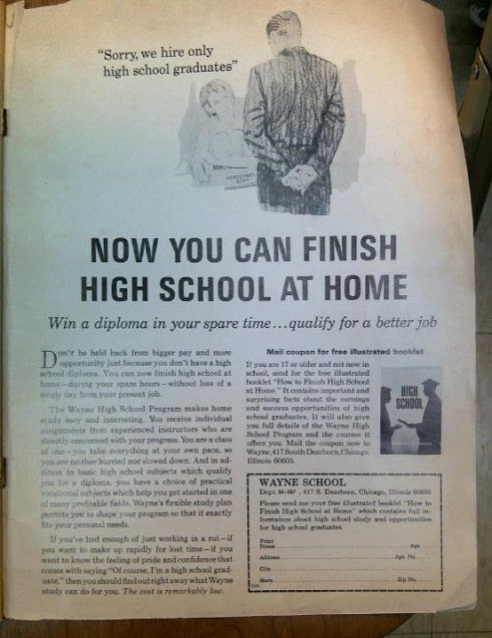 The teacher in me found this last page interesting.  It seems even in 1969 there were alternative ways to earn a high school diploma!
It was entertaining and educational flipping through the pages of this magazine which is now a piece of history.  And whether or not you believe that today’s country music is the REAL deal, you have to realize that no matter what it really is, it goes by that name anyway.  There is at least one country music star who acknowledges that she owes her success to the country music of her parents and grandparents.  Miranda Lambert counts among her idols Merle Haggard and Loretta Lynn.
Is it really necessary to have
to choose which is the REAL country?
I think you can love both.  Just like I do.
Or prefer the music of your own
generation, like my parents do.
Or the music in between.
It’s all music, and I’m thankful there
are enough genres for everyone’s individual
taste.
By the way, did I mention that I was one
of Miranda’s high school teachers?
Yep, I was!  More on that later. . .
XOXO