Skip to the content
This week’s prompt asks us to reflect on a time when we were stubborn or went against what others wanted us to do.  Hm, let’s see.  Stubborn?  Me?
What comes to mind isn’t earth-shattering or life-changing, but it marked a passage of sorts for me.  I stood up for myself at a car dealership.  A woman up against a group of high pressure car salesmen.  And I won!
It wasn’t my first new vehicle, but it was the first time I went alone without the hubby to purchase a car.  I had been driving a Ford Escape for four years and racked up over 100,000 miles.  Hubby wanted me to get a new one since I was on the road a lot with a long commute to work.  It was summer, I was flexible as a teacher, and he slept days and worked nights, so I had to go by myself to the dealership.
Not a problem!  I had just landed a new job as a discipline school administrator, had met a lot of new folks, and felt confident in my ability to state my needs and expectations to the car salesman.
It was just as I expected.  The welcome, the schmoozing, the test drive, everything.  And it was going well until I told him what I wanted.  They didn’t have a vehicle on the lot that had everything I wanted.  I didn’t think it was a big deal.  It was probably going to be the last new car I would buy before I retired and I wanted what I wanted–a Ford Escape Limited in green or white, leather interior, running boards, receiver hitch, and all the bells and whistles of the XLT I had at the time.
That’s when it started.  They began questioning why I wanted such things as the color and the running boards.  Because I did!  I explained that it might be my last new vehicle and I wanted what I wanted.  They tried to convince me to take one of the models on the lot.  I knew they could find what I wanted somewhere else if they tried.  They could even order it.  I stood my ground.  I waited.  I talked to the salesman’s manager and his supervisor.  I didn’t waver.  And eventually I got what I wanted.  It wasn’t a Limited, but it had everything a Limited had except the GPS, and it was a little less expensive.  An XLT all tricked out.  And I have never regretted it.  Call me stubborn, but I knew what I wanted!  And the “little lady” won in a dealership full of “good ol’ boys!”

When has stubbornness paid off for you?
XOXO 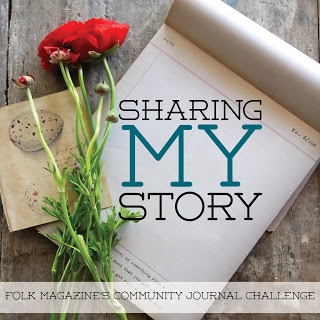