Skip to the content
As promised, here is the tale of our day of shopping and going to proms in Warrenton, Texas during Antiques Week a couple of weeks ago.  After my daughter Natalie and I feasted our senses on the junky wonders at the Junk Gypsy World Headquarters, we found a place to park in a field just north of Zapp Hall where hundreds of vendors had set up their tents, booths, and goodies.
Wouldja look at all that junk? 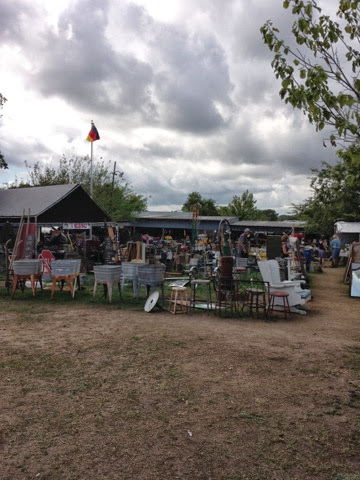 An extra set of hands, or even one, is a good thing, right?

We fueled up with Liz’s homecooked hamburgers and then browsed vendors before the heat and humidity forced us to leave about four hours later.  We would love to have stayed all day for several days!  Natalie did find nesting doll sets for herself and a friend, while I found pieces for my junk crafting and a tote made out of a Purina Dog Chow bag!  As fantastic as this place was, it comes in second compared to shopping at First Monday Trade Days in Canton, and we can visit there once a month instead of waiting for twice a year events that we have to take vacation days to visit.
(Sorry, Junk Gypsies, but I’ll have to remain loyal to Canton and it’s only 20 miles from home!)  However, a visit to the JGWH was totally worth it!
We left the shopping and returned to the campground to nap off the heat and sun overload, waking up just in time to get dressed up and head back to the Junk-o-Rama prom.
Zapp Hall was the location so we chose the same parking place and followed the folks who looked like they were dressed for a junk prom.  They led us to a large covered area with tables, food and drink vendors and a photo booth where we stood in line to have our picture made.  But I didn’t see any evidence of the Junk Gypsies, who usually have their own photo booth and lots of decorations.  Also, the band didn’t look like the John Evans Band.  But we hung out anyway.
Our picture together. 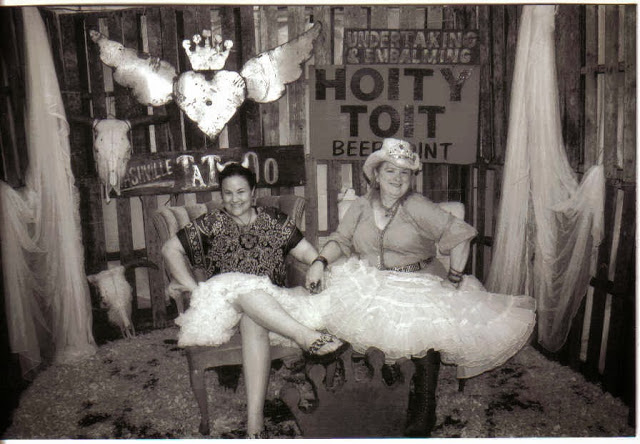 A cute and outgoing couple befriended us in line for photos.  Her husband took our picture.  She was a hoot.

It wasn’t until much later that I overheard someone saying that the Junk Gypsy prom was farther away under the JG tent.  We had crashed the wrong prom!  So THERE were the JG decorations and their photo booth!  Here is Natalie standing by their sign.

And here is their tent.  The Junk-o-Rama prom was VERY well attended!  And THERE was John Evans! 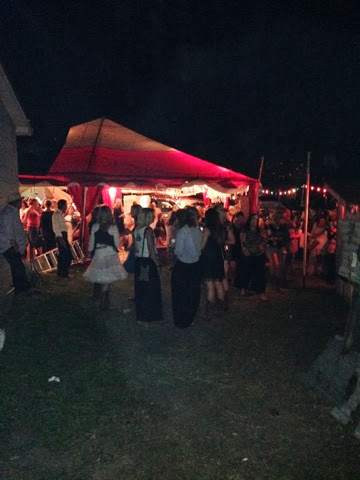 Well, I can now say I went to Texas Antiques Week, Gypsyville, and the Junk-o-Rama prom.  I hope it won’t be my last trip, either.
Maybe next time the weather will be cooler and I’ll have a rockin’ prom outfit.
And Scampin’ Annie will be ready!
XOXO